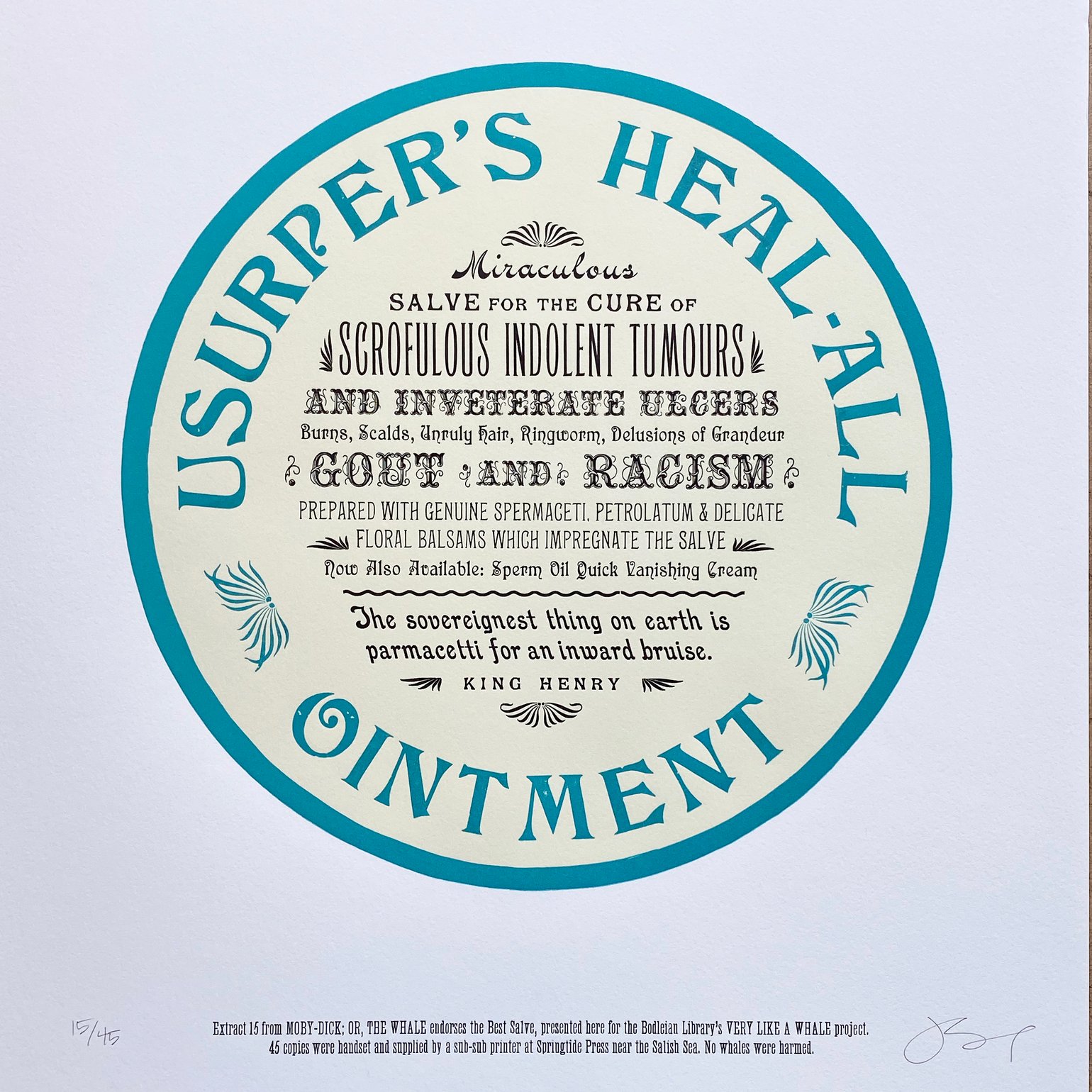 This print was produced for the 200th anniversary of Herman Melville's 1851 novel, Moby-Dick as part of "Very Like a Whale," an exhibition at The Bodleian Library. Printers chose one "Extract" from the end of the book, and mine was 15) "The sovereignest thing on earth is parmacetti for an inward bruise." This print compares King Henry IV--constantly ill and considered a usurper--to Donald Trump, with a cure-all ointment to heal everything from gout to racism. Printed with handset antique wood and metal type from the Thorniley Collection.
13 x 14"